Author, Survivor and Genuine Sufferer. We all dare to dream 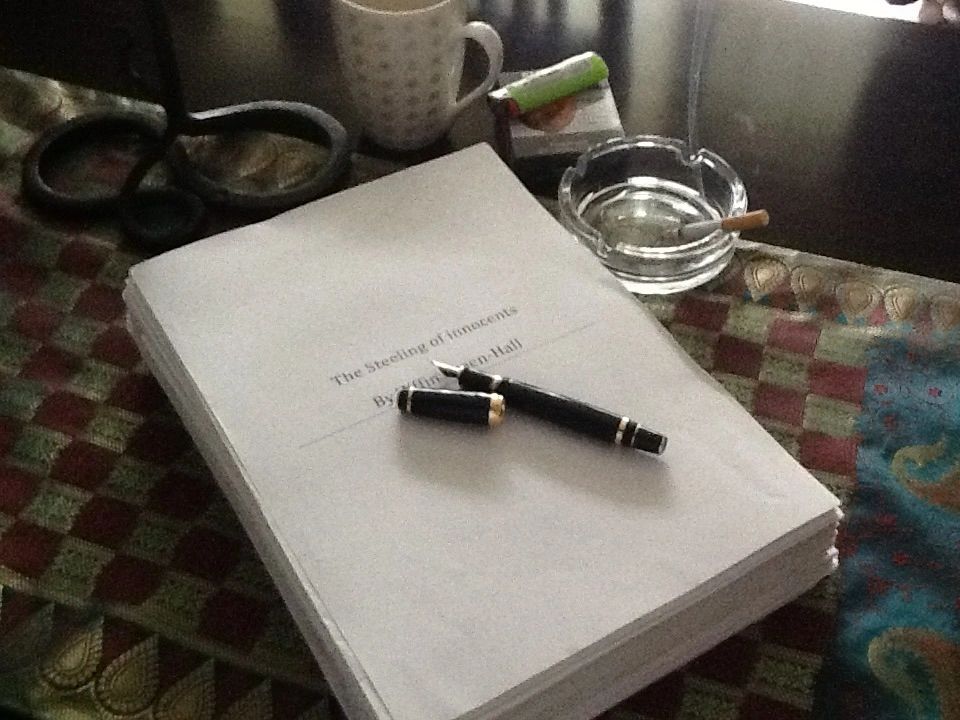 I never started out to become a story teller. That happened by accident when after a long period of estrangement from my family and living overseas, my twin sister asked me one day to fill in the blanks for the period that I was lost to them. My scribblings were only meant to be a journal for her and my family but the stories all had a message particularly that of "The Stealing of Innocence" which I did not realise at the time when writing it and I suppose the message could be applied to all situations in life in general; you can be a victim in life or you can be a survivor...they are your choices in life...your choice and only you can make them. People can hold your hand along the way and share your story but a victim alone can make that important step forward to becoming a survivor. I'm not saying forget what happened in the past but rather don't let it live your life for you and don't live your story alone.

I was silenced at the time of the events of "The Stealing of Innocence" like so many other children of that era in a similar or same situation; sexual abuse within a Catholic Diocese or any for that matter and not just a school environment. The continual threat of reprisals by way of further but worse punishment and more frequent if ever you spoke out...the fear of God driven into you if ever you did reach out. And then there was always the mentality of people believing that of the word of a person of the cloth, an adult over that of a child...who's word was stronger?

Many children were gagged from speaking out at the time of their abuse and many today still carry that shame and embarrassment and haven't spoken out because of the fears of not been taken seriously and believed...being called homosexual and having to relive the horrific events again in a court of law and cross examined by aggressive defence lawyers and then at the end of the day because of the time that has past from their assault, my abuse...the lack of or no evidence to substantiate a crime. Everything comes back to your word against theirs. You only have to look back a few months to the case against Cardinal George Pell AC and what happened to the children that he was alleged to have abused. After many years of trying to get him back to Australia and answer the allegations made against him. He was tried, convicted and jailed and after two appeals his conviction overturned on the grounds of reasonable doubt and lack of substantiated evidence.

So many people go unheard silenced by their shame which isn't their shame to bare and they no voice. Rather than having my case heard in a court of law and seeking a judgment which at the end of the day would have been my word against those of my abusers I thought it more important to tell my story and give those that have been silenced for so long a voice.

You only ever hear about child abuse once it has been exposed and then only what media and the courts will allow us to hear. "The Stealing of Innocence" is an account of some of what happened to me and how it was allowed to continue to happen. It is an actual account from a survivors point of view without the editing of courts. We only ever hear from a survivor (and I refer to all victims as survivors) "Yes this happened but never the depth of detail that this book goes into.

One day I found myself sitting on the banks of the Ganga River in Varanasi, India assaulting all my senses of smell, sight and heart. I sat watching a melting pot of cultures going about their business. It was chaotic and confusing but at the same everything seemed ordered and work in harmony. My gaze was fixed on young children playing in the confusion bare foot and poorly clothed mostly only waring shorts that were to big for them which kept falling down even after been tie up with a piece of string that they had find on the ground... this area cutlery rich but very money poor. They would go through much of the rubbish the littered the back of the river and gather plastic. Further up the river bank they would forage for sticks and discarded string mostly abandoned fishing line. In a huddled cluster on the flats on the river they laid down there finds...their gatherings enough materials to construct a kite. These kids would play and fly their kites so high they soared with Eagles, when the tether would break there were no tears or tantrums they would simply just go and make another. This was their entertainment for the day...they had no toys...they had no parental supervision as they were off trying to scratch a living together in such a casted society; these kids were from the untouchables...they had nothing...some not even eating for the day. Despite their poverty they were happy as all day their smiles were larger than mine almost as large as the River Ganga. I have everything but along with everything come the worries. You may have a home and your things...oddities scatted around you but does all that really make you happy. We are so caught up influenced by outside forces that we have forgotten what it is really like to be happy...these kids had nothing but they had more than me...they had happiness with nothing and without worry. This was a turning point for me in my life...changing my decision from pursuing my abusers through the courts for self satisfaction instead now sharing my story so that it may help bring about a voice and closure for those that have none and or not yet found it as a result of their experience of abuse and bullying.

We never know what cards we are going to be dealt with when we come into this world through birth and are continually dealt throughout our lives. It is my belief it is how you play those cards which will determine our lives outcome in the future. For example, finding light in a bad situation where as some might find and hold onto the negative of that same situation...those are our choices... experiences make and mould who we become in the future and how we deal with them. The love and the loss of a friend in life and death...you are better for having known and loved that person as in a way you have learnt from them wittingly or unwittingly in both life and death...teaching us who we are in the experiences you share in life and again in their loss. The hole that they leave and the uncertainty of life without them is a measure of love. We tend to mourn someone's death but really we mourn for ourselves and our uncertainty with the void that is leave us with thereafter...we have to relearn life without them.

It is said "better to have loved and to have lost than not to have loved at all" But in the case of death the memories remain in your heart which keeps them alive... it is the time that you forget them when they are truly dead.

In writing The Falling of Angels, a tribute to my friends and testament of my love to them...the times we shared both good and the bad and then the pain of their loss to me upon their death. It is a reminder of the early days when HIV/AIDS came into our community in the 1970's and 80s and the lives lost which we seem to forget that paved the way to better medical treatments, management and medication today. But back then very little was known about the virus let alone how to treat it.

Back the when you were told that you were HIV positive there was little hope of surviving beyond 6 to 8 months...it was a death sentence. Now days thanks to the fallen it is a manageable condition and people particularly those born in the new millennium, they don't know or spare a thought of the sacrifices that those people made. "The Falling of Angels" might be a nonfiction gay novel but it is still relevance to all community groups as HIV infections are across all communities and no longer discriminates against gay man. A long term survivor sits wondering he is still here alive today when all my friends aren't. He carry an amount of guilt around with him because his life was spared over and above his friends but there is one thing that he does know and that is his life is richer for knowing, loved and having lost them.

You are welcome to keep coming back here to see new content. However, a better option is to subscribe to my newsletter! You will get updates on new posts and special content that is only available to my subscribers.